How to be happy on social media 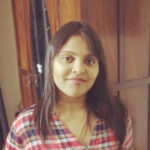 Everyone’s happiness on social media getting you down? Here’s help!

The holidays are here again, and social media will be thrumming with the intensity of overseas vacation photos in exotic locales, beautiful selfies, exquisitely lit snapshots of hangouts with BFFs, stiflingly positive memes, and jokes by people who are funnier than you will ever be. There’s nothing wrong in all of that, of course, but if you are like me, a spectator to someone’s happiness in fully display on social media, then you surely must feel a tinge of jealousy, regret or bitterness that someone is having a great time while you presumably aren’t in that happy, rich or smart demographic. We are suddenly the loser kid in class again (at least, that’s the way I feel when someone owns Twitter while I flounder around like I am talking to myself in an empty room). We are human, after all, and once the initial frustration comes, we brush it aside and wish our friends the very best or retweet their posts with all the avidity we can muster.

In fact, Facebook admitted this week that social media can harm mental health but like everything in life, an overdose can do a lot of harm. This is true of chocolate as well, by the way. Too much of it can do you no good.

The most important thing to remember about social media is that not all is as it seems. Want to let it not get to you? Here’s how you go about it.

1. It’s just one corner of the world

The next time you feel awful that someone can engage with more people on Twitter than you think you could or are Instagram sensations, try and put things into perspective — social media is just a small part of the larger world. Let me give you an example. I work with a lot of schools and educationists, and while they do use social media, they have stopped learning to live by it and don’t really seek social media engagement at all. They insist that the real work and discoveries lie elsewhere — in meeting people, learning new things and being on the ground, experiencing the world. That’s where you strike gold and learn new things. In fact, my strength as a digital journalist comes from getting real-time insight from stories on the ground instead of confining my research to what’s on Twitter. I use what God gave me – legs. And they take me to places where great stories hide.

2. Every photo hides a story

I know someone on a social media channel who always posts lovely photographs of her husband. Photos of him with her and their babies, photos of him sending her roses and a spa package on her birthday, photos of diamond jewellery. All these photos would be succeeded by long posts about why he is amazing and how much he means to her. Seeing as I am human, I got pretty ticked off. My first reaction was, “why the hell don’t you go tell him this yourself instead of posting it?”

I realized why she couldn’t. One Valentine’s Day, she wrote “To my darling husband. I wish we could see each other more than just once a year. Hope you travel safely. Happy Anniversary!” I was quite shocked. This was her story and to make up for missed moments with her husbands, she would post on social media, maybe to conjure him virtually since he couldn’t be there in person.

If we look behind every photograph, there is always someone who has some worry or the other, no matter how perfect they present themselves to be. Acknowledging this, and understanding that no one’s life is perfect, can set us all free.

Handy tip: Be gracious and move on.  It will do you and the other person good.  And remember, all of us have baggage.

As an artist and a student of literature, what excites me about the world is its ambivalence. What looks awful one minute can totally reveal another story in a matter of seconds. Sure, social media is crazy, but it has interesting sides to it too. For example, it is a great way to live vicariously too. My friends on Facebook post the most unusual places they have been to. The other day, someone tweeted a photo of snow-capped letterboxes from a backyard in Srinagar. Trust me, you won’t find this anywhere but on social media and in a way, it’s a way to send a lens out into faraway places.

My school raised a lot of money for its retired teachers by using Facebook and WhatsApp. Great projects are funded by using social media and it’s also a superb tool to find missing people or for social causes at large. The whole feminism and #MeToo movement that is such a watershed moment in our history, which happened this year? All thanks to social media. Let’s not throw the baby out with the bathwater.

Handy tip: Follow people who post inspiration and productive posts, and mute those whom you think get you down, either directly or indirectly. Don’t unfollow or unfriend them though. You never know when these people will play an important part in your life. Another example from my own life — a few friends have pretty divisive social media personalities and timelines and while I may disagree with their politics or preferences, I don’t unfriend them because of it. And guess what — all these people have been instrumental in my success whenever I needed a contact or some information. More importantly, they have been faithful friends. Of course, if something that a person does or says goes against your very grain as a human being, then unfriend away.

At the end of the day, social media exists to make our lives easier and it is important not to let it consume our lives. Uninstall that Facebook messenger, mute that Twitter and go take a walk! The world outside is way cooler than a meme, and it’s waiting for you with open arms.

The above blog is by Shweta Sharan

← Prev: How to get employee financial wellness right Next: Featured Blog: How Women Navigate The Belief That “Money Means Security” → Featured Blog: This Is About the Thing You Want to Do Most but Won’t Talk About

You’re hiding something. That’s right, I’m talking to you. You’ve got a secret. Maybe your spouse, a close friend...