Featured Blog: Are You a Savvy Saver… or a Paranoid Penny Pincher? 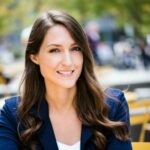 Kali Roberge is a financial writer who is passionate about helping Millennials learn more about money. She also works as a content marketing manager for financial professionals to help advisors and planners build better businesses and brands online. Kali is a contributor to Clark Howard, The Huffington Post, ReadyForZero, Magnify Money, and FeeX. She’s also been featured on and quoted in Forbes, US News and World Report, and AOL’s Daily Finance. To learn more and get in touch, please visit KaliRoberge.com


The following blog is by Kali Hawlk originally published in her blog.

My mother-in-law asked me a very simple question a few weeks ago that I had a hard time answering right away. She keeps up with my writing here and knows that we aim to save 40% of our income each month — at a minimum.

As I was preparing to quit my “safe” day job and take a leap into the uncertainties associated with self-employment, she pointed out that I really had more financial cushion that I thought I did. Considering that we don’t spend 40% of what we make, we could technically afford to take a hit on earnings from time to time and still be okay.

I got a little panicky. “I have to save that 40%. Even that isn’t enough!” Even as I said it, it felt silly. When did a couple in their twenties start feeling like almost half their income would not be enough to qualify them for financial success — or just financial responsibility?

If we put away 40% of our current income, we’d be financially independent in 20 years. That’s half, or less than half in some cases, of other people’s working lives. I’d be able to retire before I was 45.

But my mother-in-law knows both her son and who he married very well. She understands that we’re hard-working and we enjoy having a purpose. And we’ve already told her that the idea of not working at all doesn’t appeal to us; we just want to secure the financial freedom that would allow us to pursue work on that basis that it interested us.

So, in knowing all this, when I said a 40% savings rate wasn’t enough and that my biggest fear with working for myself wasn’t in failing at running a successful business, it was failing to save that much or more, she gave me a funny look and asked me that simple question that took me a few weeks to figure out:

When Is Your Savings Rate Good Enough?

I couldn’t immediately tell her why I was so scared of not meeting that 40% savings rate on a consistent basis. The more I thought about it, the more confused I got, and the more I started to question myself.

Not because I thought my initial reaction was wrong — I had seen what a lack of financial education, responsibility, and stability had done to people in the late 2000s — but because I wanted to know why, too. What was driving that reaction?

And why, when most people agreed that a 15% savings rate was good, did I feel like what we had been doing since we graduated college, saving 20%, 30%, and now 40% of our income, wasn’t good enough?

I started to suspect that for me, a “good enough” savings rate would be something that was realistically out of our reach until we increased our earnings. We’ve already done a great job of minimizing bills and expenses and we’re happy to do so. We like living with less stuff and more experiences, and we’d rather save money than spend it on things that other people have said matter. We spend in a way that aligns with our values, and that’s really satisfying.

Where I feel like we’ve struggled is in the earnings department. We both started out with lower salaries than what we might have earned had we graduated before the recession. We have done a fantastic job of bumping up our incomes whenever possible, and I’m proud of the fact that we really did make hard work pay off.

But we don’t make enough to have 20% of it cover expenses to free up something like 75% or 80% for savings every month. I would love to have the ability to do that — not to “retire” sooner, but to not have to worry so much about keeping up with earning a certain income for such a long period of time.

Understanding What I Was Really Afraid of with Finances

I realized that my drive to save wasn’t coming from a sense of, “oh, I have this goal and I’m running towards it,” but more from a fear that had me trying to get away from something else. I didn’t feel like a savvy saver. I was acting like a paranoid pinny pincher instead.

As a personal finance blogger, I hate to say this out loud because I feel like it’s somehow “wrong,” but I’m not really motivated so much by the idea of financial independence as I am by the idea of getting to a point financially that if my business fell through the floor and I could never find another job again, we’d be okay.

Maybe it’s all the same, but it sure feels different to me.

Different because my action was driven by an irrational fear, not anything positive or productive.

Is it realistic to think I could never earn an income again if my present one dried up? Again, I want to work. I want to be productive and useful; I enjoy earning a living and providing something of value to the world.

Especially now that I work for myself — and I absolutely love it — I can’t imagine just not working, not pulling in any sort of paycheck at all. So financially independence, from the standpoint of getting to quit working when I reach it, has zero appeal for me.

Don’t get me wrong. I’m not trying to make an argument against saving for myself, or any Millennial.

We do need to save. I wholeheartedly believe I need to and will continue to do so, because for the most part I am fortunate enough to make more money that I need to cover my living expenses. I even have a bit left over that I can use for experiences that mean the most to me.

The rest I am happy and eager to invest.

Yeah, I’d be lying if I said I wasn’t tempted from time to time to say, “screw it. Roth IRA, you can shove it! I’m livin’ it up while I still can!” And sure, I’ve thought about how many trips abroad I could take or beach vacations I could enjoy every single year if I didn’t save a dime.

But I know better. I do want financial security, and yes, financial independence eventually. And we’re right on track to secure that independence in less time than I’ve been alive so far. Which is really cool to realize and makes me excited — especially as if we can do it, I’d be willing to be almost every one of you could do it, too.

That being said, is there a rush to reach financial independence when all my other big goals always see me earning an income somewhere, some how?

There has to be a balance in here somewhere. Or at least, a little less of the paranoid pinny pincher syndrome. It’s not realistic to think that one day my ability to earn an income will just cease to exist without warning and I’ll never get it back.

Yes, I understand it’s possible. However, it’s not probable.

I’ve done a lot in a very short amount of time with nothing more than a willingness to learn, hustle, and bust my tail working hard. I’d rather think positive than live in fear of something going catastrophically wrong. I’d rather say, “imagine what I could do with decades of learning, hustle, and hard work!” than worry about what may or may not happen along the way.

As I’ve learned in transitioning to self-employment, there is rarely a worst-case scenario if you’re prepared to fight through your problems and tough times. There’s always a solution — or at least, we always have plans B-Z.

That’s the path I’m choosing. That’s how I’ll find my financial balance between living for today and saving for tomorrow.

We’ll keep saving that 40% — and we’ll keep working to increase that savings rate. But I won’t be paranoid about failing to do so when I’m currently managing it successfully.

Are your financial goals motivated by positivity or fear? How have you overcome some of your fears about finance?

About the author: Kali Hawlk is a financial writer who is passionate about helping Millennials learn more about money. She also works as a content marketing manager for financial professionals to help advisors and planners build better businesses and brands online. Kali is a contributor to Clark Howard, The Huffington Post, ReadyForZero, Magnify Money, and FeeX. She’s also been featured on and quoted in Forbes, US News and World Report, and AOL’s Daily Finance. To learn more and get in touch, please visit http://kalihawlk.com

← Prev: Featured Blog: How to Reach Financial Freedom in 3 Steps Next: Featured Blog: The Number of Black Shoes a Woman “Needs” & Why Husbands Are Really Into Lawn Care →